Campaign for Deaf People to have Equal Access to Health Services

5th February - We fedback the results of our survey from 2014 at the Nottinghamshire Deaf Society and held a discussion about the findings. Observations and comments about the research were then included in our report (see Our Research  page). You can watch the presentation here: 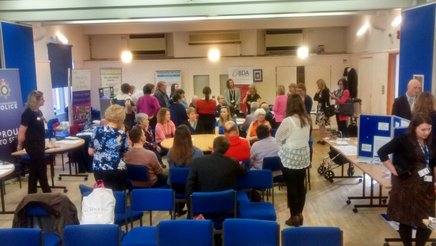 Dr Michael Varnam lived and worked as a healthcare practitioner in Nottingham for 35 years, improving the health of swathes of disadvantaged people in the city. When he died at the young age of 61, the healthcare community wanted to honour his memory and continue his legacy. The Michael Varnam Awards were born.

Set up in 2007 by NHS Nottingham City and partners, the awards take place every year to support and champion those who’re looking out for the rest of us. Dr Michael Varnam’s personal focus was on substance misuse and the homeless community, but the awards are open to anyone helping the population as a whole, or individual people. The judging panel is made up from Nottingham City’s Director of Public Health, as well as representatives from NHS Nottingham City Clinical Commissioning Group, the Health and Wellbeing Board, One Nottingham, and Youth Parliament.

30 November -  Nottingham City  Health and Wellbeing Board meeting -  Les, Susan, Tony Q and Kevin attended this public meeting by invitation from the Board. Susan gave a presentation about the group and our aims. The Chairs of the Board invited us to work with them in the future.

6 December - Invitation to tea with the Sherif of Nottingham, at the Council House, Market Square. 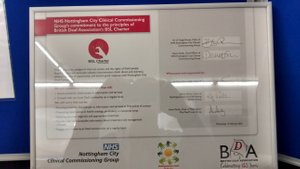 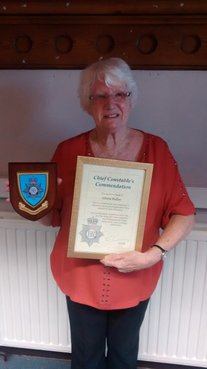 May - Gloria received a commendation from the Chief Constable from Nottinghamshire Police for all of the work she has done in raising the profile of the Deaf Community with the work of the Police. 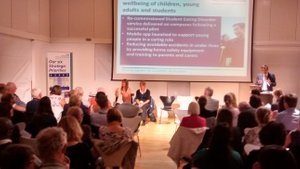 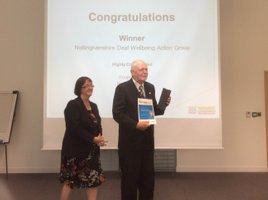 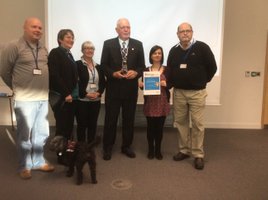 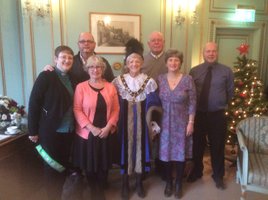 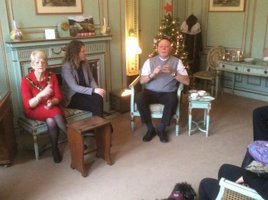 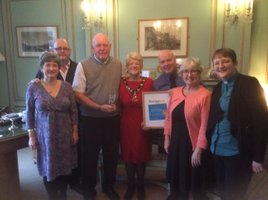